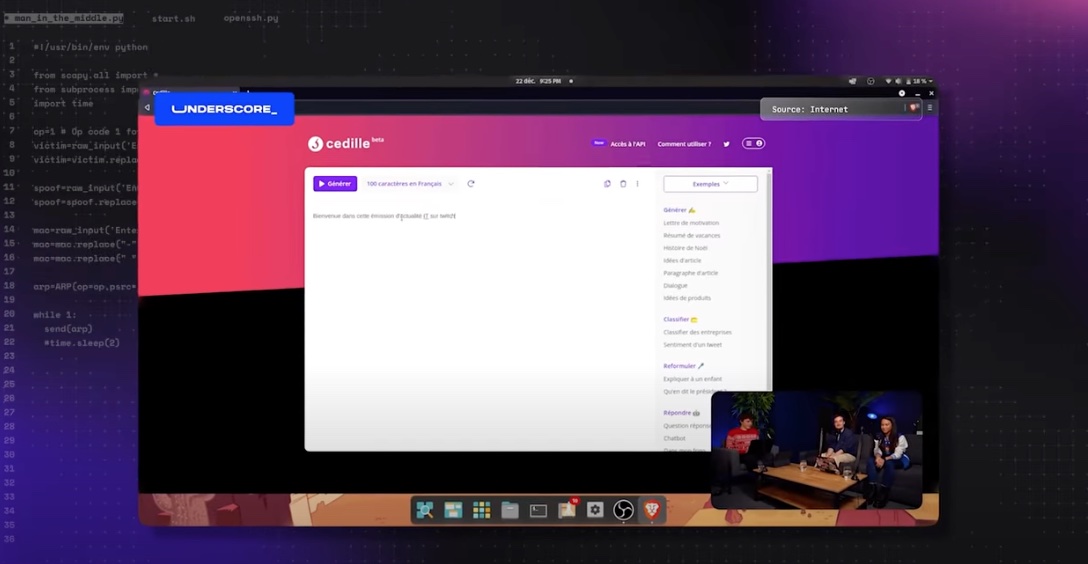 MialBot 2.0, the bot who answered emails

How romantic! On February 14th, Matthieu Lambda, the chief editor of Underscore_ approached us on Twitter. If you haven’t heard of them (you’re missing out), they are a Youtube channel and have a talk-show under the name MiCode on Twitch.

Passionate about everything tech including dev, hacking, AI, and entrepreneurial projects,  MiCode also has his own Youtube channel, and is the host for both. Hopefully we didn’t confuse you with all the names so far, so let’s dive into why we are mentioning them.

Matthieu Lambda reached out to us to access our API in order to do a new video with MiCode. Knowing their content, we were interested to see what they would come up with and granted them with an API key. If you yourself are interested or your company would like to use Cedille with less limitations, you can demand API access here.

Back to our story. After a couple weeks, they released the video on MiCode’s channel.

So what was their goal?

Well, they simply wanted to create a bot called MialBot (get it?). This bot would automatically answer MiCode’s emails.

Cedille’s role in this was that they wanted to make every mail as coherent as possible to maximise the rate of response. As MiCode says, having a model that generates text is easy, but generating coherent text that is especially long-lasting is much much harder to achieve.

Using multiple tools to build their Mialbot, Cedille was responsible for analysing the context of emails and generating responses. All in all it worked, but the results generated more giggles than impressive reactions, as most of the time the given prompt or context could have been improved significantly.

For example, one person asked for help on recuperating their Facebook account. Mialbot understood: how to recuperate the data in a PDF file that’s been deleted, and advised them to contact Adobe Acrobat Reader.

The video, although very entertaining, showed Cedille to be incapable of completing the tasks it can actually perform well on. So we decided to show that it can be done better, and our team create MialBot 2.0.

Simply defining better the context beforehand, explaining what MialBot is to Cedille, and the answers were, as you can guess, much better!

The results can still be improved, but at least they don’t answer a fan with “your father is cheating on your mother” (yes, that happened).

You can also try to formulate it differently and use the delimiters (for example the hooks around the email) to obtain more or less realistic results.